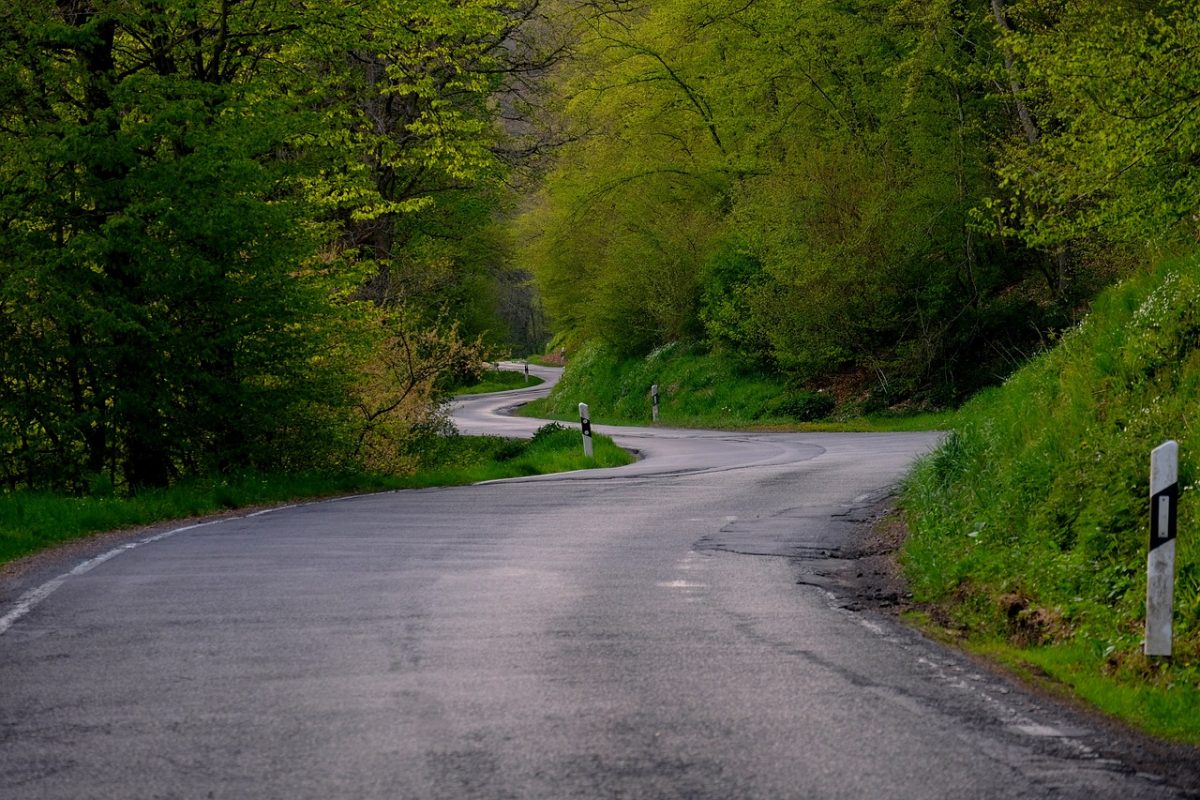 It was a Saturday when, thankfully we had nothing else planned. So we took a drive out towards Suffolk with the idea of ending up somewhere for lunch, walk and perhaps a bit of a potter in a shop. It was a lovely day and it took hours to get to nowhere in particular. It was one of the best days that we had out for quite a while.

Highways, motorways, A roads are all about getting to your destination in the shortest time.

Highways assume you don’t want to stop. They assume you want to go fast. They have the right camber. They sometimes have rules against going slow ‘no farm implements or cycles etc’. There you are in your sealed capsule, keeping your eyes ahead. Watch for the merging traffic. Stay to the left unless overtaking. Keep moving.

When you are on a highway, your mind is on the goal. “I did it in two hours. How long did you take?” or “The traffic was bad and we were almost late.”

Roads? Well, country roads tend to follow the landscape. They climb hills. They go through dips. They divert to take in a view. They sometimes meander, following a sheep track from long ago. Steep climbs that overheat your engine. Second gear descends. One lane bridges. Stops for railway crossings. Small villages with a general store. Petrol stations with one pump. Small pubs where the food is simple, but satisfying. You might stop and talk to someone along a road. You might wind down the windows to smell the new-mown hay. You can stop in the middle of the road and look at the view.

Highways are built on the assumption, ‘When I get there, then I’ll live.’ Roads assume each moment is for living.

Jesus said that he came to bring life in all its fullness (John 10:10). Abundant life is not lived purely with the goal of trying to get from point A to B in the fastest time; of achieving this and accomplishing that. Plentiful life is here for the taking now. But sometimes it needs a bit of meandering, a bit of space. An assumption that we can discover something that isn’t pre-programmed and already organized, that surprise is all around us.

Perhaps finding time to walk rather than drive, to talk with a stranger rather than stand in isolation, to sit on a park bench and take in the sights and sounds of God’s creation, is a means of discovering the abundant life that is all around us.

Allow the time to receive this abundant life, because they are always building more and more highways.