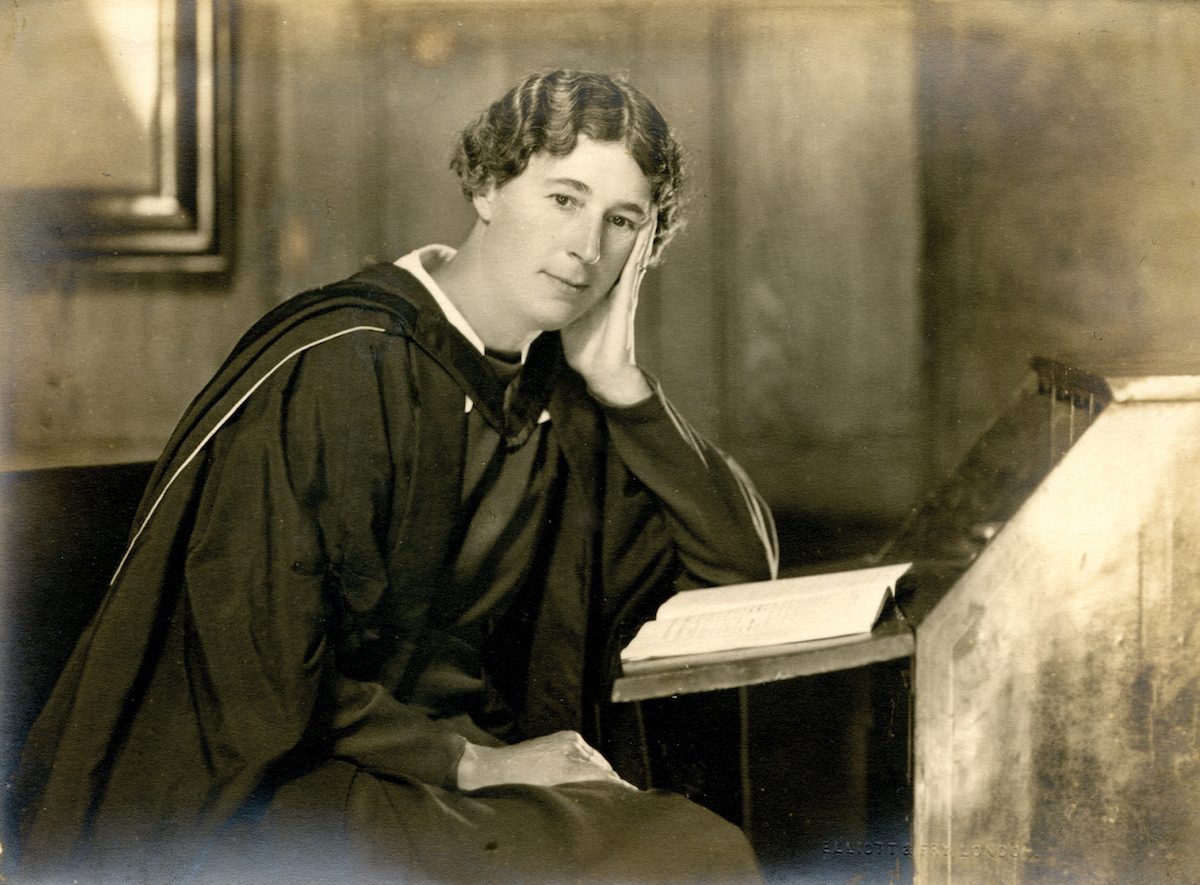 The United Reformed Church has been marking the centenary of Constance Coltman’s ordination and its legacy.

Having mentioned this anniversary a number of times at church meetings since January (when the URC poster about so many anniversaries and events went up on the wall) I decided to accept the invitation to attend the thanksgiving service in London, partly, I must admit, because it was held in the American International Church in Tottenham Court Road, which was the Congregational church I attended when I was a student.

So what was it all about? Constance Coltman was the first woman to be ordained, not just in the Congregational Church, but in any mainstream church in the UK (just a reminder: the United Reformed Church was formed in 1972 by a union of the Presbyterian Church of England and the majority of churches in the  Congregational Church in     England and Wales. It was joined later by the Re-formed Association of the Churches of Christ in 1981, and the Congregational Union of Scotland in 2000.) We are heirs to the tradition in which Constance was ordained and served.

It was only because in Congregationalism it is the role of the members, within the church meeting, to invite someone to become their minister that her ordination was possible. She applied to study theology at Mansfield College, Oxford, in 1913, when there was no provision for a woman to study there, let alone an expectation that she could be ordained and enter ministry. There had already been considerable opposition when the Congregational Union had discussed a motion supporting women ministers, so her admission to the college was truly ground-breaking.

The day after her ordination, Constance Todd married Claud Coltman, and together they served a needy community in the East End of London. They served a number of churches together, over a long ministry. Things did not always go smoothly, but she stuck to her principles, having a radical, pacifist and feminist edge, and caring passionately for the poorest and most disadvantaged of her church members

In the days before the thanksgiving service, leaders in women’s ministry from around the world attended the Women of the Way: Global Pioneers’ conference, discussing and publicising issues affecting women in the Church today, including gender justice and empowerment in the Philippines, from an eco-feminist and economic perspective, and   Patricia Sheerattan-Bisnauth’s experience as the first woman ordained in Guyana. Dr Kirsty Thorp, a URC minister and historian, concluded ‘At the moment, it feels that ministry is a very difficult place to be for women and men but doubly difficult for women.’

Sunday’s service, organised by the URC and the Congregational Federation, and supported by the Council for World Mission, was attended by an international congregation.

The Revd Dr Susan Durber, the first woman to be Principal of Westminster College, recalled her personal experience of being a minister in male dominated environments. She felt that many of her anecdotes would have been duplicated in other women’s ministries, but told some lively tales, particularly the memory of making a house call for a funeral, when a man opened the door, only to exclaim, ‘Cor blimey, the vicar’s pregnant’.   Dr Durber empathised with Constance Coltman’s desire to be seen less as a campaigner for women’s rights and more as a Christian following God’s call. But she said: ‘I have nonetheless come to see that being the first could be a vital support for someone else still immersed in a struggle for recognition and sometimes the pioneer had to be brave, bold and proud … The principles undergirding women’s ordination are only fulfilled when women inside and beyond the Church are freed to live lives of full opportunity.’